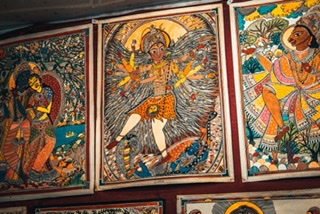 Madhubani, literally translates as ‘from the forests of honey’, and refers to the traditional wall art of the ancient city of Mithila (present day Bihar), also known as Mithila painting. The history of Madhubani dates back to the wedding of Devi Sita with Bhagwan Ram in the Tretayuga. It is said that the elated King Janak wanted the auspicious occasion to be captured in colors and so a tradition began.

The paintings are the exclusive monopoly of artists and their knowledge has been passed from generation to generation, from mothers to daughters. Girls grow up playing with brush and colours and the culmination of their art is the decoration of Kohabar – where all the wedding rituals are performed for the newly wedded couple. Although the paintings were traditionally made by women, men are becoming more and more involved in order to meet market demand. Also, the traditional process of making this art has been modified. The painting is traditionally done by hand, on a plastered wall or on a mud wall, but now the commercial demand is bringing the paintings to paper and clothes.

The theme of the paintings revolves around religious festivities and motifs usually come to include deities and episodes from sacred writings – devs and Devis like radha, krishna, ram, shiv, ganpati, lakshmi, saraswati, surya, chandra, tulsi, make a common appearance in this art.These artworks on mud-walls were directly related to, and a true representation of vedic culture. The incessancy of this art was due to the natural and live depiction of social life. Some art scholars also suggest that Madhubani Paintings were associated with the tantric culture of ancient India. Historical references to the tantric connection of Madhubani Painting are found in the literary work of the 12th century poet Vidyapati.

The colors were derived from natural resources, like metals, seeds and plants or from easily available household substance.Black was derived from charcoal mixed with cow-dung, blue from indigo leaves, yellow from turmeric, red from flowers or sandalwood, green from leaves and white from rice powder. These natural juices were mixed with resin from banana leaves and ordinary gum in order to make the paint stick to the painting medium. Homemade paints were time consuming and produced in less quantity. Now colors come in powdered form, which are then mixed with goat’s milk.

Once the paints are ready, two kinds of brushes are used – one for the tiny details made out of bamboo twigs and the other for filling in spaces, which is prepared from a small piece of cloth attached to a twig.

Traditionally the art was practiced as Bhittichitra (paintings made on a mud-wall) and Aripana (on the ground-soil). Bhittichitra is made on the mud-walls of the houses specifically at three places: the room of the family God/Goddess, the room of the newly wedded couple and the drawing-room. Paintings are also drawn on the walls of these rooms on some auspicious occasions like marriage, upnayana and festivals. Aripana is also made on banana leaves and furniture.

Exposed to the modern world after the earthquake of 1934 where walls of houses came down to reveal the exquisite art, Mithila art found its way from the walls and floors to paper, canvas and cloth. Gradually the art found place in greeting cards, dress materials, urban wall hangings etc. Madhubani today is celebrated world over as one of the pioneering arts forms from India. 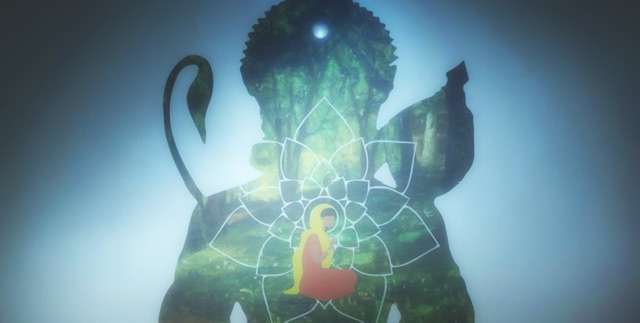 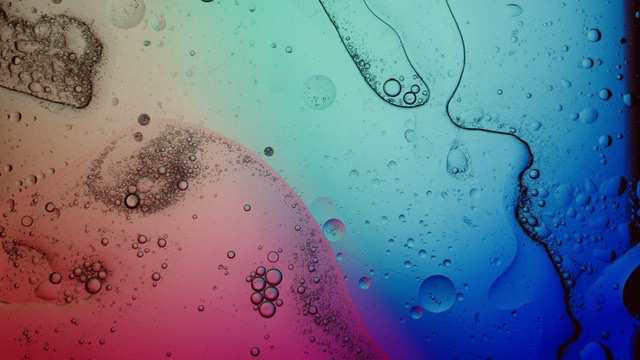