Plastic surgery does not get its name because plastic is used to reshape noses and cheek bones. The plastic in plastic surgery actually has its root in the Greek word plastikē, meaning to give something shape or form. Use of Greek words for nomenclature of what are assumed to be modern inventions is not a new story, but the fact that plastic surgery has been in practice since ancient times in India is something which not many would know. A person by the name Sushruta gave numerous contributions to the science and art of surgery in ancient times in India. But the fact that any such person in flesh and blood performed these surgeries a millennium before Hippocrates and two millenniums before European stalwarts like Celsus and Galen ever appeared on the scene is hard for most to realize and appreciate. Centuries of our mental subjugation and fascination for every occidental facet of life – culture, apparel, cuisine, architecture, science and medicine has made it difficult for us to explore and appreciate the original contributions of ancient pioneers of our own motherland. Sushruta is one such shining star in our history, who continues to bedazzle one and all.

Much of what is known about Sushruta is in Sanskrit contained in a series of volumes he authored, which are collectively known as the ‘Sushruta Samhita’. This contains 184 chapters and description of 1120 illnesses, 700 medicinal plants, 64 preparations from mineral sources and 57 preparations based on animal sources. It is arguably the oldest known surgical text and it describes in detail the examination, diagnosis, treatment, and prognosis of numerous ailments, as well as procedures on performing various forms of cosmetic surgery, plastic surgery and rhinoplasty.

Ancient surgical science was known as Shalya-tantra (surgical science). It embraced all processes aiming at the removal of factors responsible for producing pain or misery to the body or mind. Shalya (surgical instrument) denotes broken parts of an arrow/other sharp weapons while tantra denotes manoeuvre. The broken parts of the arrows or similar pointed weapons were regarded as the commonest and most dangerous objects causing wounds and requiring surgical treatment.

Let’s take a look at the work of Sushruta, the ancient surgeon of India, in detail:

Sushruta described surgery under eight heads – Chedya (excision), Lekhya (scarification), Vedhya (puncturing), Esya (exploration), Ahrya (extraction), Vsraya (evacuation) and Sivya (Suturing). Sushruta provided painstaking details of the manufacture, maintenance and the indications for usage of at least 125 surgical instruments. His Samdamsa Yantras are the first forms of the modern surgeon’s spring forceps and dissection and dressing forceps. In fact, his system of naming surgical tools after the animals or birds they resemble in shape, for example crocodile forceps, hawkbill forceps, is adopted even today. He was the first to introduce diagnostic instruments and their principles, which were modified later with the introduction of optical system in their construction to form the present day endoscopes. Some important procedures, which preceded actual surgery, such as cauterisation by Ksaras (alkaline substances) or Agni (fire – heat) and application of leeches were practiced extensively by him.

Apart from this, Sushruta also covered accidental burns in its four degrees – the effect of heat-stroke, sun-stroke and frost-bite due to excessive cold and also the effect of lightning, which he calls vidyut-dagdha. The great value of Sushruta’s classification could be realized from the fact that this concept gained validity in modern surgery only recently after 1950 and is now uniformly accepted in the classification and management of these injuries. He advocated the use of wine with incense of cannabis for anaesthesia and there is no literature on anaesthesia anywhere in the world preceding this practice. Sushruta thus can qualify as the ‘Father of Anaesthesiology’.

In describing the method of Rhinoplasty (Nasikasandhana) [his technique of forehead ﬂap rhinoplasty (repairing the disﬁgured nose with a ﬂap of skin from the forehead) is practiced almost unchanged in technique to this day!] Sushruta says,

“The portion of the nose to be covered should be first measured with a leaf. Then a piece of skin of the required size should be dissected from the living skin of the cheek, and turned back to cover the nose, keeping a small pedicle attached to the cheek. The part of the nose to which the skin is to be attached should be made raw by cutting the nasal stump with a knife. The physician then should place the skin on the nose and stitch the two parts swiftly, keeping the skin properly elevated by inserting two tubes of eranda (the castor-oil plant) in the position of the nostrils, so that the new nose gets proper shape. The skin thus properly adjusted, it should then be sprinkled with a powder of liquorice, red sandal-wood and barberry plant. Finally, it should be covered with cotton, and clean sesame oil should be constantly applied. When the skin has united and granulated, if the nose is too short or too long, the middle of the flap should be divided and an endeavour made to enlarge or shorten it.” (SS. 1.16). It is remarkable that even then the accurate cutting and suturing of the flap, haemostasis and maintenance of airway was emphasized!

Because of contributions like these in the field of plastic surgery, he is recognised today as the ‘Father of Plastic Surgery’ all over the world. In ‘The Source Book of Plastic Surgery,’ Frank McDowell aptly described Sushruta as follows:

“Through all of Sushruta’s flowery language, incantations and irrelevancies, there shines the unmistakable picture of a great surgeon. Undaunted by his failures, unimpressed by his successes, he sought the truth unceasingly and passed it on to those who followed. He attacked disease and deformity definitively, with reasoned and logical methods. When the path did not exist, he made one.”

(Infact, the Association of Plastic Surgeons of India celebrates his life and time by giving him a proud position in the association’s emblem.)

His advice to resort to physical exercise to prevent diabetes holds true even today at a time when we are facing an epidemic of diabetes and coronary artery disease worldwide. Though the discovery of circulation is attributed to William Harvey; it is interesting to note that Sushruta had the knowledge of a structure like the heart and its role in circulation of ‘vital fluids’ through the ‘channels’. His vivid account of angina (‘hritshoola’ meaning heart pain) is marvellous, though he did not use the exact term as angina. Besides these, he has also described the symptoms of ‘vatarakta’ which are similar to that of hypertension. It is remarkable that Sushruta described these conditions some 150 years before Greek physician Hippocrates.

It is high time we give the unsung heroes like Sushruta their due credit for the remarkable contributions they made to human kind and stop considering them as ‘mythical’ figures, because the texts they documented and left for us can’t be ‘mythical’ for sure! 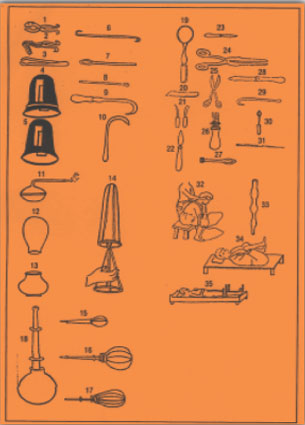 The Sushruta Samhita has been divided into 6 volumes (stanas), including the so-called appendix, dealing with the different aspects of surgery. The Sushruta Samhita states that surgery is the most ancient and honoured branch of Ayurveda that is capable of effecting immediate cure. A magnum opus, its comprehensiveness possibly rivals current day medical books; it includes the fundamental concepts of surgery, knowledge about herbs and drugs, diagnosis, physiological and embryological aspects, therapeutics, poisons and science of nutrition. Treatment of subjects such as paediatrics, ophthalmology, geriatrics, reproduction and virility and comment on social hygiene are outlined. A whole volume is devoted to the study and treatment of ailments through psychotherapy. By going through this Samhita, every subject is classified and explained in a scientific manner. A classification in the form of groups, sub-groups, divisions and sub-divisions was outlined.

Such classification was possible only because of the practical experience, close observation and logical interpretation of disease.

Being fundamentally a surgical treatise, the Sushruta Samhita lays more emphasis on practical training. Sushruta insists that the enormous amount of oral training should be balanced by practical efficiency.

“He who knows theory only but is not so good in practical work, gets bewildered on being confronted with a patient, in the same way as a coward feels on the battlefield” Sushruta Samhita 1. 3. 48

Source: Ancient India’s Contribution To Surgery by B Singh, Department of Surgery, University of KwaZulu Natal and Ramakrishna Centre of South Africa

The World of Spirits

View all posts by Tulika Sharma →