“Well, yes, in modern times!” said Robert Oppenheimer, considered as the father of atomic bomb by scientists world over when asked if the Trinity Nuclear Test in 1945 was the first ever detonation of a nuclear bomb. In his words the blast brought to his mind a quote from Bhagvat Gita, “Now I am become Death, the destroyer of worlds.”

Ancient vedic warfare is not only considered supreme till date but is unsurpassed in the mere description of innumerable weapons listed widely across various scriptures. The details of the aftermath caused by the usage of these celestial weapons called Astra and Shastra leave one amazed! While Astras are those that are thrown to attack (clubs, arrows, missiles etc.), Shashtras are the ones that are adorned and fought with (sword, mace, etc.)

Both Astras and Shastras were earned after intense tapasya and their usage came along with strict discipline and control over the senses with one being allowed to use them only in the most unavoidable circumstances given the fact that the most powerful ones could be used just once. Each had a predefined purpose and a counter Astra too, except the rare undefeatable ones like Brahmastra. In fact, the great war of Mahabharata, it is believed was to return the divine Astras and Shastras to their rightful places since kaliyug was approaching and men with their inflated egos would have spelled doom for the Creation by deploying these Astras. Lord Krishna devised various ways to prevent the warriors from firing the Brahmastra, which would have brought the creation to an end. For instance, Karna was cursed that when the time comes he would forget all that he had learnt. Thus he could not use Brahmastra against Arjuna. Similarly, when Dronacharya was about to deploy it against Arjun, various gods and goddesses came down to request him not to. Likewise when Ashwathama and Arjun did use it against each other, both were asked to take it back. Arjun took it back but Ashwathama did not know how to, so his Brahmastra was redirected by Lord Krishna to Parikshit who was in the womb of Uttara, wife of Abhimanyu. (Later Parikshit was brought back to life by Lord Krishna). In this way all the Brahmastras were returned back.

We have all grown up listening to stories of ancient warriors being blessed with divine weapons given by various deities. You chant, you aim and…boom!! I can say with certainty now that they were not mere stories. Those Astras and Shastras, existed then and exist even today. The difference is in the capacity of beings to manifest them. While till Dwaparyuga, men had the capacity and purity of sadhna to manifest the various Astras into physical form, in kaliyug these Astras can be accessed in the etheric dimension through sadhna of their respective deities, under the guidance of a Guru and also put to use. To quote from recent history, Guru Gobind Singh had the vision of a Divine Sword after the completion of the havan that established Khalsa. Talking of now, sadhaks at Dhyan Ashram describe many such Astras and Shastras, which they accessed during dhyan. While these weapons empower you, one must not forget they are bestowed by shaktis that run the creation and work only when put to use for creation…Any counter practices cause one to lose their entitlements…Hence the role of the Guru who prepares the being and bestows him/her with the experiences as per his/her capacity. Certain practitioners at the ashram have the ability to call them when required. 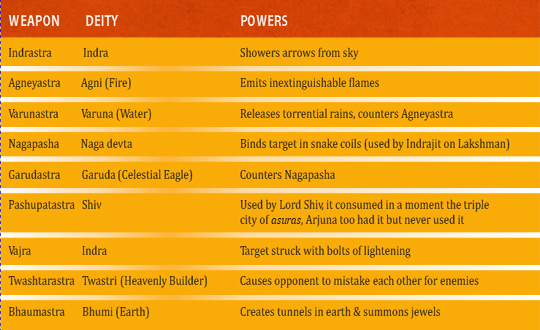 Kill The Antibiotics, Save Yourself!

View all posts by Sharad Sharma →